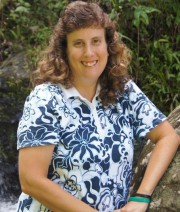 Sarah Glover was raised in a Christian home. After being saved as a teenager, God gave her a love and desire for missions. After graduation from Bible college, the Lord opened a door to serve as a secretary at Sturgis Baptist Church in Sturgis, Michigan.

In the summer of 2006, God began to show Sarah through circumstances, preaching, and His Word, that He still wanted her to be involved in missions. At the end of August, the Lord revealed to Sarah His will for her to go to Papua New Guinea, which He confirmed after a survey trip in April of 2007. Upon her return to the United States, Sarah attended Baptist Bible Translator’s Institute in Texas. After graduation and finishing deputation, Sarah arrived on the field in April 2010. Within a short period of time, she began to work among the Kamea, starting with teaching literacy.