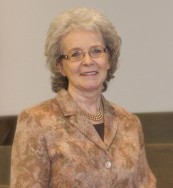 Helen Booth was saved later on in life at an evangelistic meeting in Lowe Farm, Manitoba. Shortly after, her late husband Brother Ken Rempel was called to be the assistant pastor of Pembina Valley Baptist Church where they both served until the Lord called them to be missionaries to Mexico. It was a surprise to many, but not to God when He called Ken Rempel home after only being on the field for six months. Helen moved back to Canada, where she served at Pembina Valley Baptist Church until 2005. The Lord saw fit to bring Brother Brian Booth, missionary to England, and Helen together in marriage. Helen joined her new husband in England for three years until the Lord called Brother Booth back to Canada to help establish CanAmera Baptist Missions International. Helen joyfully resumed her ministry at Pembina Valley Baptist Church where she is presently serving. Brother Booth was the General Director of CanAmera Baptist Missions International until his sudden passing in February of 2012. 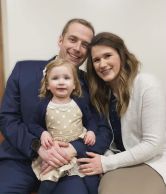 Christopher and Rebekah Lowe both grew up in Christian homes and were saved at a young age. As a young child, Christopher desired to serve the Lord, but lost focus during his high school years. He pursued a degree in electrical engineering and was commissioned as an officer in the United States Air Force. On his first duty assignment, he attended a local Baptist church. It was during this service the Lord called him into full-time Christian service. Both Christopher and Rebekah attended Ambassador Baptist College, where they met and were married.

During the Canadian National Preachers Conference in September of 2013 at Pembina Valley Baptist Church, the Lord called Christopher and Rebekah to become missionaries and they are now serving in Thompson, Manitoba. 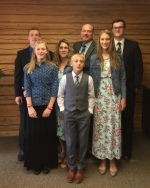 Clarence was born and raised in the Northwestern Ontario town of Dryden. At twelve years of age he accepted Christ as his personal Saviour while attending Camp of the Woods in Dinorwic, Ontario. His family then began attending Emmanuel Baptist Church in Dryden, and he was enrolled in Emmanuel Baptist Christian Academy. While attending the academy, Clarence met his wife Leslie. After graduation, Brother Clarence entered the work force and obtained licenses in both electrical and carpentry.

Clarence & Leslie were married September 8, 1990, and began serving the Lord together at Emmanuel Baptist Church. Clarence was active in visitation, special music, teaching Sunday School, and in the Christian school. Leslie ran the church music and nursery ministries. They lived in Dryden for nine years and then moved to Brantford, Ontario. In 2001, the Lord called the Moore family to Lattimore, North Carolina where Brother Clarence attended Ambassador Baptist College. He graduated with a Bachelors Degree in Biblical Studies with majors in Bible and music. God blessed Brother Clarence with opportunities to travel to the countries of the Philippines and Spain where he helped lead church work groups in various building projects.

In 2019 the Lord led the Moore family to move to Pickle Lake, Ontario where Calrence is presently pastoring Friendship Baptist Church. 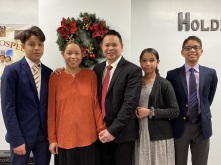 After many years of serving in Trinidad as missionaries, Brother Navarro accepted the call to pastor Fellowship Bible Baptist Church in Montreal, Quebec in April of 2017. Brother Navarro and his family are heavily involved in soul-winning, discipleship, youth ministry and many other outreach ministries. Before moving to Trinidad, Brother Navarro was a deacon in his home church as well as a Sunday school teacher, besides working in the bus ministry, preaching and actively winning souls through their visitation program. It is a joy having the Navarro family part of CanAmera Baptist Missions International.