It is a great joy having Cheryl Dyck on board with CanAmera. She was saved at an early age of 3 1/2. She surrendered to be a missionary in 1982, after she heard a missionary to the Philippines speak in their church. A few months later in a missions conference, God impressed the Philippines on her heart. In preparation for the ministry, Cheryl graduated from Victory Baptist Bible College in Canada and became a nurse in 1991. She moved to the Philippines in 1994 and was faithfully serving as a missionary nurse until 2013, when the Lord called her to work at a children’s home, also in the Philippines. She is activity involved in Sunday School, Awana, VBS and serves as a piano teacher and choir director. 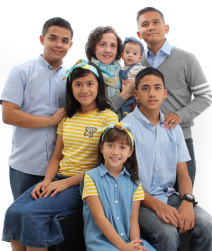 The Malazos came on board with CanAmera in December of 2012. Brother Malazo was born in the Philippines, but moved to Canada along with his family in 1995. He trusted Christ as his Saviour in 2001. Sandra trusted Christ as her Saviour as a young girl. Both attended FaithWay Baptist Bible College in Ajax, Ontario, where they met and were married. Shortly after their wedding, Brother Adonis and Sandra took a survey trip to the Philippines where they worked with another missionary family for three weeks. During their stay in the Philippines, they gained much experience and their burden for the people there increased. For the next ten years, the Lord gave the Malazos the opportunity to serve Him by assisting three different churches in the Vancouver area. In the summer of 2009, God confirmed to them through much prayer, His Word and counsel, that He wanted Brother Adonis and Sandra to become missionaries to the Mountain Province in the Philippines to reach the Igorot people. 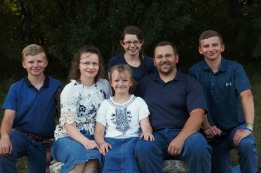 Michael, Jr. is the oldest son of Pastor Michael & Brenda Sullivant. Shortly before Michael, Jr. turned four, he trusted Jesus as His Saviour. At the age of 17, during a missions conference, God called him to full-time service. Shortly after, he enrolled in Canadian Baptist Bible College. Maureen was also raised in a Christian home and was saved at the age of five. She surrendered to the Lord in the area of missions at the age of fifteen.

The Sullivants have now faithfully served in Thailand since 2008. After diligently learning the Thai language, Brother Michael has started and is pastoring Song Kwae Baptist Church in the Phitsanulok area. 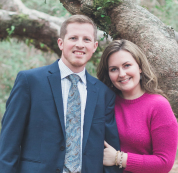 Daniel and Hannah joined with CanAmera in 2020. God has called Daniel and Hannah to serve Him as missionaries to a creative access nation in Asia. They were both born and raised in Christian homes, were both saved at an early age and surrendered to God’s call upon thier lives at an early age as well. Daniel was trained under and assisted his missionary father and was involved in the church planting team in Western Canada.

As a pastor’s daughter, Hannah served the Lord with her family in Mississippi as a church secretary and pianist. These two were married in January of 2020, and arrived on their field of service in April of 2021. Daniel and Hannah are excited about the ministry to which God has called them and are looking forward to what He has planned for them.